Nate had already endured a long, difficult year when he turned the calendar to November. The pain of losing his beloved dog Copper to cancer in the spring still weighed heavily on his heart, but his gratitude for his five-year-old Chihuahua, Cheech, lifted his spirts every day. Even so, life was testing their resilience – and things were about to become even more challenging. First, they were forced to move from the house they had long called their home. Nate struggled to find housing for himself and Cheech with his limited income, and they were on the verge of homelessness when Nate’s brother and sister-in-law offered to take them both in. In exchange, Nate would take care of his sister-in-law as she recovered from a major surgery. This arrangement suited their needs well, and Nate and Cheech soon fell into a comfortable routine in their new home.

This newfound peace did not last long before Cheech suddenly lost his appetite and grew weaker and weaker over several days until he collapsed, too lethargic to pick himself back up. Nate rushed his precious boy to the emergency veterinary hospital, thinking only of saving his life. As Cheech remained in the hospital under observation, Nate returned home to figure out how he would pay for whatever treatment Cheech was going to need. No matter the cost, his heart couldn’t afford to lose another best friend so soon. 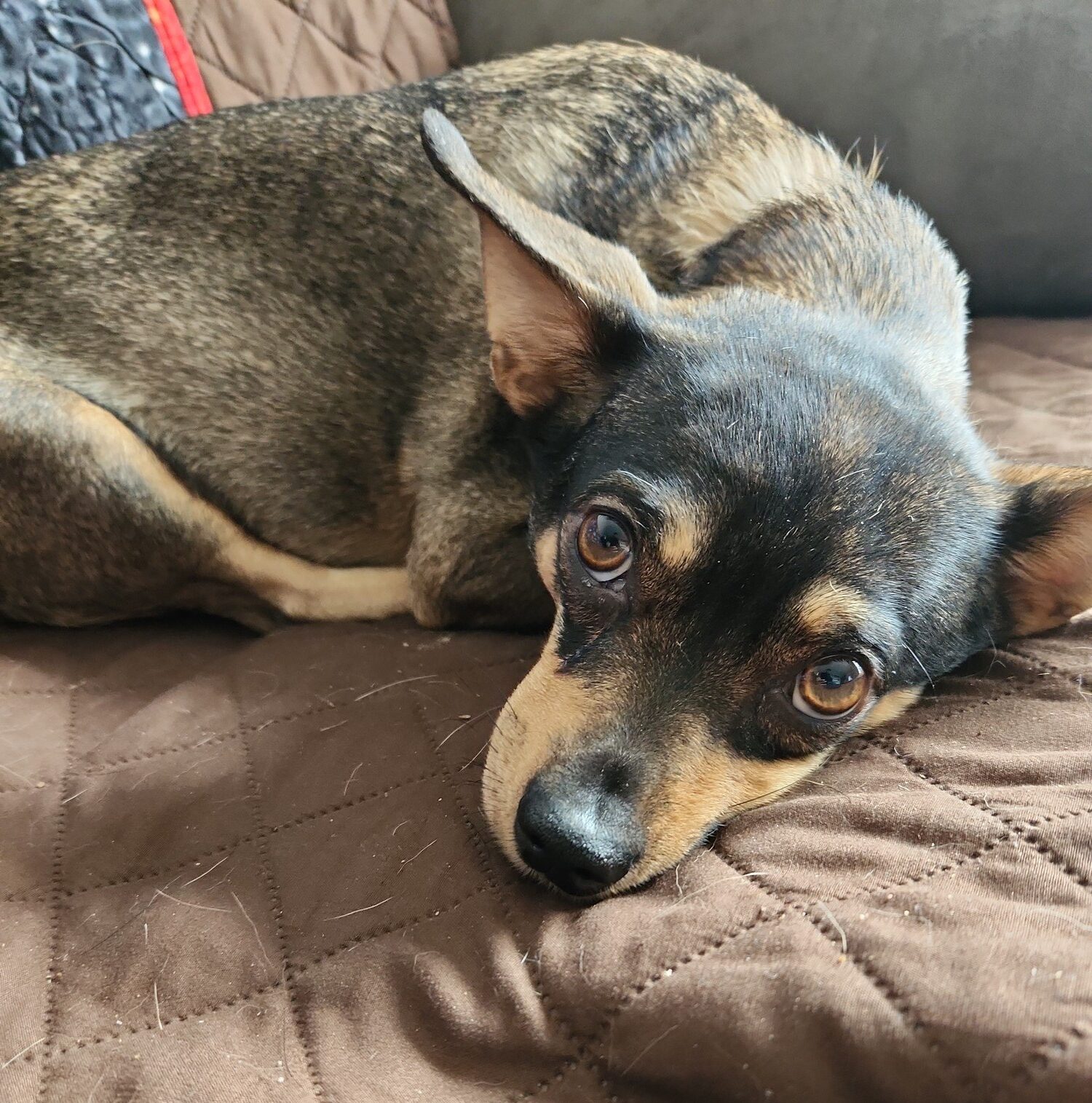 The veterinarian took X-rays and discovered that Cheech had something stuck in his intestines, which would require an exploratory surgery to remove. Between the surgery, medication, and continued observation in the hospital, Nate was facing a daunting veterinary bill. His brother and sister-in-law were there to support him as much as they were able to, but with a long recovery keeping her from returning to work, money had been tight in the family. Fortunately, Nate was approved for a line of credit, bringing him within reach of paying the bill in full. All he needed was one last bit of help.

Nate submitted an application to the RedRover Relief Urgent Care grant program just as soon as he discovered it online, opening up his heart to share how special Cheech is to him and hoping for a little kindness:

“They say when it rains it pours and Cheech and I just need an umbrella in this time of need. I absolutely love Cheech with all of my heart and more, our friends and family are all praying for his recovery, and to know that he has so many admirers other than me, his daddy, is a heartwarming feeling altogether. Cheech has also won the hearts of his vet team in just a short day. To say that this dog means the universe to his pack is an understatement and we are so thankful for the opportunity to tell you about him.”

Three days into Cheech’s hospitalization, Nate’s application for an Urgent Care grant was approved, and Cheech headed into the operating room to remove the stuck object. Nate waited nervously for the good news that the surgery had been a success, and breathed the longest sigh of relief when he got the call from the veterinarian. Finally, after nine days in the hospital, Cheech returned home to recover under the watch of his doting father. Nate took a moment away from caring for both Cheech and his sister-in-law to share this update with us:

“Cheech is on the mend and we can’t be more thankful to have him back with us, especially after knowing how critical he was going in. RedRover has been a big light in a dark time for us and the money granted helped with a large chunk of the bill. From the bottom of our hearts, THANK YOU!!”

Because of compassionate people like you, Nate and Cheech were able to spend the holidays together and have hope for better things in the new year, and we are excited to share more heartwarming Happy Tails like these in 2023. Thank you for making second chances possible!